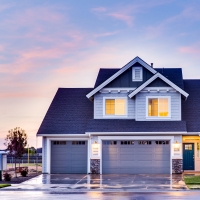 As a society, we have witnessed many changes in our communities, and country. The ever-evolving pandemic has shaped many different parts of human life. Social gatherings, working from home, and running daily errands, have all changed to adapt to this new world. One concern many homeowners share is the current state of the economy and its impact on interest rates. While Canada is currently facing a recession, the country seems to be staying afloat in the midst of this pandemic.

COVID-19 had many impacts on the economy. The Bank of Canada has reported the Canadian economy is in a recession with, the dollar relative to the US at $.73, and the current unemployment rate standing just above 13%. While these numbers look a little hopeless there is still some light at the end of the tunnel.

When looking at interest rates, during the beginning stages of the virus, the situation looked dire. In fact, experts might have even reported and prepared for the worst. Major concerns surrounded how quickly Canada could recover from CERB income subsidy aid and mortgage payment deferrals. However, there is a less dramatic decline than what was projected.

According to Scotiabank, home and auto sales have quickly increased in May after a decline in April. Oil also rebounded very quickly. These are a few indicators that the economy is moving slowly, but to a less detrimental future. In fact, the previously mentioned unemployment rate is expected to reach 7% in the new year. The Bank of Canada predicts that there will be no further rate drops or increases until 2022, with the target rate at 0.25% to support the economic recovery.

So, what does this mean for mortgage holders? Is it a good time to refinance your home? While times are uncertain the numbers show that the answer to this is question is yes! With the previously mentioned projections from the Bank of Canada, interest rates should remain on target for the next couple of years. Experts suggest the low and consistent rate is an opportunity to refinance your home, so that homeowners may lower their rates, access more equity in their home, and consolidate debts.

While Canadians have been bombarded with a new reality, and all the news in between, mortgage holders can take a sigh of relief. With the current state of the economy and the interest rate projections, high rates are not something to be concerned about going forward. In fact, the light at the end of the tunnel is proving to be brighter. Canadians will get through this!